WIN a VIP weekend at the 2022 TOUR Championship.

With the emergence of Rory McIlroy and return of The Open Championship to Royal Portrush after an absence of almost 70 years, the Northern Ireland golf scene is as hot as it’s ever been in this wonderful country.

Of course, you’ll want to take on the big two – Harry Colt’s Royal Portrush and Old Tom’s masterful Royal County Down. With both ranked in the upper echelons of Golf Digest’s World Rankings, this really is a golfer’s paradise. But don’t forget the likes of Portstewart, Castlerock, Ardglass, or even Rory’s home course Holywood.

Belfast is a lively city and gives you great access to all these courses, with none being more than an hour’s drive away. Alternatively, you can split your golf trip in Northern Ireland between Portrush to the north and Newcastle in the south.

Why book a golf trip in Northern Ireland?

What makes a golf trip in Northern Ireland so special?

Northern Ireland’s golf scene is best known for Harry Colt’s Royal Portrush, home of the 2019 Open, and the outstanding Royal County Down, which is often ranked in the top five courses in the world by Golf Digest and Top 100 Courses. Thankfully there are many more incredible links and golfing highlights to also include in your itinerary.

Castlerock and Portstewart are two excellent layouts situated just along the coast from Portrush in the north, whilst Ardglass in the south is a great course to compliment Royal County Down. For golfers looking to experience the exciting capital city of Belfast, it is easy to access all these courses which are within an hour's drive away.

In Northern Ireland you can be assured of high-quality golf courses and top-class hospitality for fantastic value in any region. Wherever you choose to stay and play, everything is easily accessible. You can drive from city to coast to countryside in less than a few hours.

The lively city of Belfast can be explored on foot. From the people, the culture, the award-winning food, music and outdoor activities, everything is on your doorstep. For picturesque scenery, we recommend Ardglass, set right on the water’s edge with a clubhouse built on the ruins of a 13th- century castle.

Playing golf in Northern Ireland is an experience like no other, with unpredictable conditions, lashing north Atlantic winds and immense sand dunes to navigate. 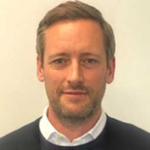 Not sure where to play? Browse our map and to find your ideal destination in a continent of possibilities. We know you will be spoiled for choice! Remember our Knowledgable golf experts are ready to answer any questions.

Where to stay in Northern Ireland?

It’s not all about the seaside golf courses, but also the excellent selection of hotels and resorts that ooze character and charm. From luxury estates, castles, boutique hotels and B&Bs there is something for everyone.

Nestled at the foot of the Mourne mountains, adjacent to Royal County Down Golf Club and on the shore of the Irish Sea, is the majestic Slieve Donard Resort & Spa. On the northern coastline close to Royal Portrush is the historic and boutique Bushmills Inn.

Experience the no.1 course in the world & more

With the regal trio of Portrush, County Down and Belfast, as well as other special links courses like Castlerock and Ardglass, Northern Ireland is one of the most privileged locations in the world when it comes to natural dunes, unspoilt scenery, and of course, historic links courses. Here at Golfbreaks by PGA TOUR, we can build you a customized golf tour with all of these courses and more, coupled with excellent accommodation to match the incredible golf on show.

With a mix of some of the best courses in the world and some spectacular hidden gems, this Northern Ireland & Dublin Tour has it all! A combination of quality accommodations and world-class golf.
7 nights & 5 rounds

Enjoy this 7-night stay with 5 rounds of incredible golf in Northern Ireland. Experience the magnificent links of Royal Portrush, Royal County Down and more.
10 nights & 7 rounds

With a mix of some of the best courses in the world and some spectacular hidden gems, this Northern Ireland & Dublin Tour has it all! A combination of quality accommodations and world-class golf.
7 nights & 5 rounds